History of the samurai armor: an abstract. 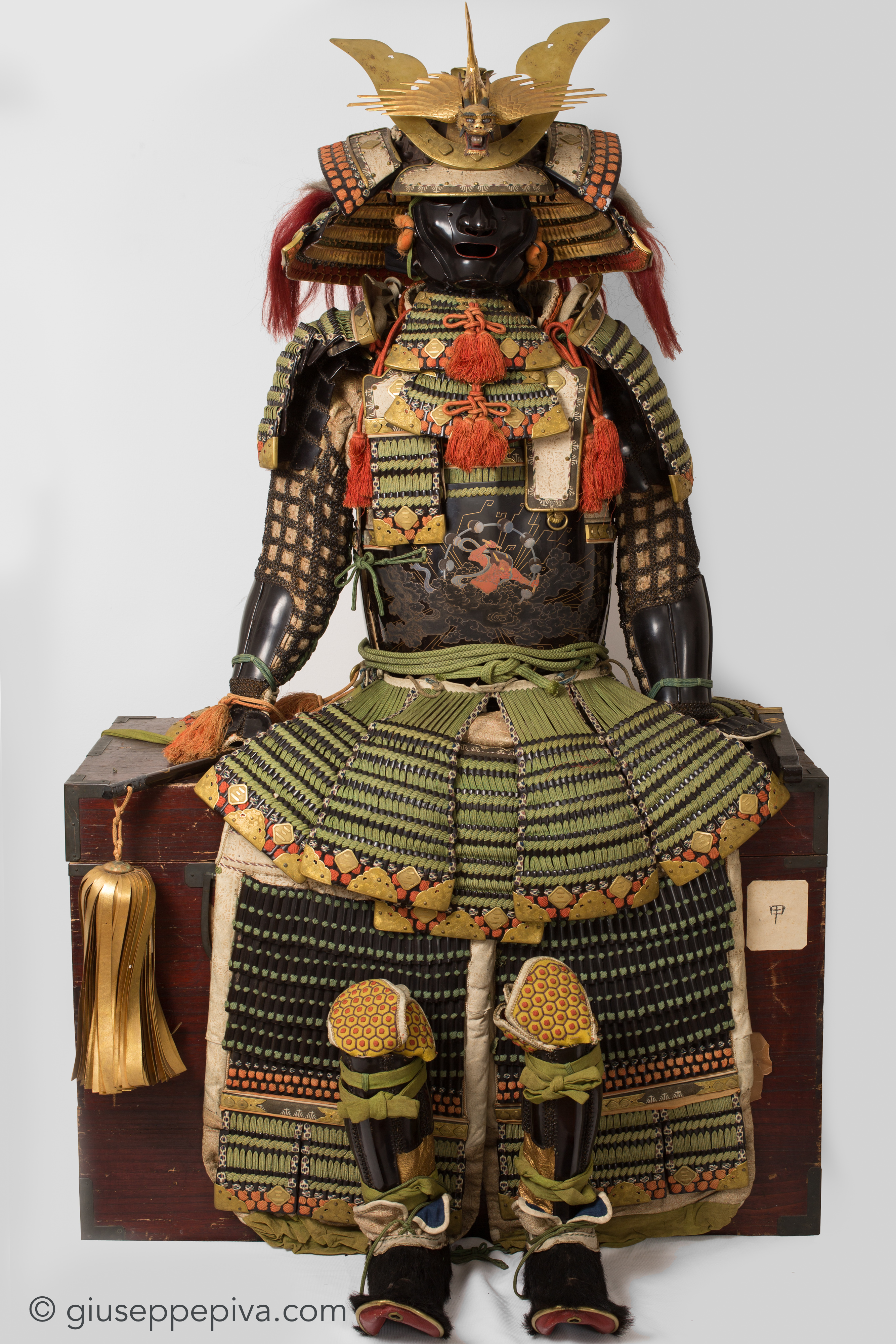 The word samurai means “one who serves” and refers to military groups which evolved in Japan around the 10th century to protect and expand their provincial domains. In 1185, following years of civil war, the warrior clan of Minamoto Yoritomo defeated his enemies, the Taira, and in 1192 the emperor appointed Yoritomo as supreme military leader, Seii Tai Shōgun (Barbarian Conquering General).

In those times, battles were carried out mostly by cavalry with the bow as principal weapon, while the katana was a secondary weapon. Samurai armor developed into the flexible ō-yoroi (“Great Harness”) where protection against arrows was the foremost consideration. The cuirass was formed of lamellar plates linked together in a flexible way with an upper part solid plate giving increased protection. The front of the cuirass was covered with leather so that the bowstring would not snag on the plates. Two large shoulder pieces fell into position when the arms were raised and they protected the exposed underarm area from bows; two smaller plates on the breast protected the armor fixings; the skirt was also made from linked flexible plates that protected the thighs and lower abdomen. The samurai’s arms were protected by long mail gauntlets with solid plates attached for increased defence. Helmets (kabuto) were formed of iron plates riveted vertically. The sides had linked rows of flexible lamellae protecting the neck and shoulders.

Following Mongolians’ invasion attempts in 14th century, warfare moved from cavalry to massed ranks of foot soldiers, so armor styles changed and became lighter and more flexible. The evolution of samurai armor pursued this path more during 16th century, when, during the “period of the warring states”, large armies started to be used, fighting with spears and firearms.

Finally, with Japan at peace from around 1615, armor was used for ceremonial occasions and for the regular compulsory processions from a daimyō’s regional domain to the capital of Edo. These processions were an opportunity for a daimyō to display personal taste and were recognized as an outward indication of his status. Most of the armor produced at this time was made for parade purposes. They were often remodelled from armor of the earlier periods, to be both decorative and effective.