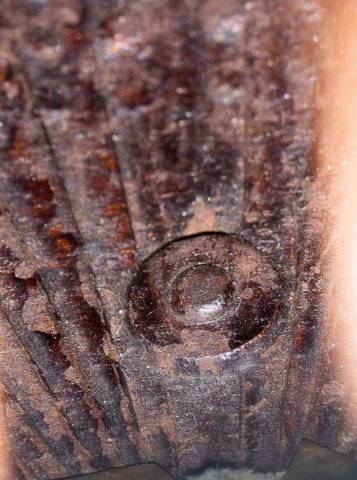 The Saotome school takes its name from the village in the Hitachi province where it originated in the early 17th century. According to the Meiko Zukan, the most important antique manuscript about samurai armor, it was founded by  Saotome Chikara, a samurai at the service of the Tagaya clan who started this activity after he became a ronin. The Tagaya clan were stripped of their 60,000 koku holdings after the Sekigahara battle due to their defection to the Uesugi clan, so it is probably after 1600 that Ietada - the name that Chikara choose to sign his works - founded the Saotome school, even if it is unclear how he managed to learn such skill in manufacturing helmets. The school remained active until the end of the 18th century, producing some of the finest samurai helmets, but not producing (or, at least, not signing) menpō or other parts for the samurai armor. Suji-bachi kabuto and especially ko-boshi kabuto produced by the Saotome armorers are of extremely high quality, made with very good iron worked with perfect geometries.

Inside the kabuto produced by the Saotome school can be very often found a distinguished detail that helps to recognise their production: it is the so-called saotome-byō, a small round or octagonal washer fixed with an extra rivet, placed just under the hole on the top (hachimanza o tehen).